Where you come from by Sasa Stanisic. Sasa Stanisic was born in Visegrad, then Yugoslavia, to a Bosnian Muslim mother and a Serbian father. In 1992, when Stanisic was fourteen, the family fled to Germany. Stanisic writes beautifully about what it means to arrive as a refugee in a strange country, about belonging, staying and returning. The winter holidays are often about homecoming – so no better time to read this heartwarming book than over the holidays. The Dutch translation of the book has recently been awarded with the European Literature Prize. I would also highly recommend the lovely talk between Stanisic and his translator Annemarie Vlaming on this occasion. 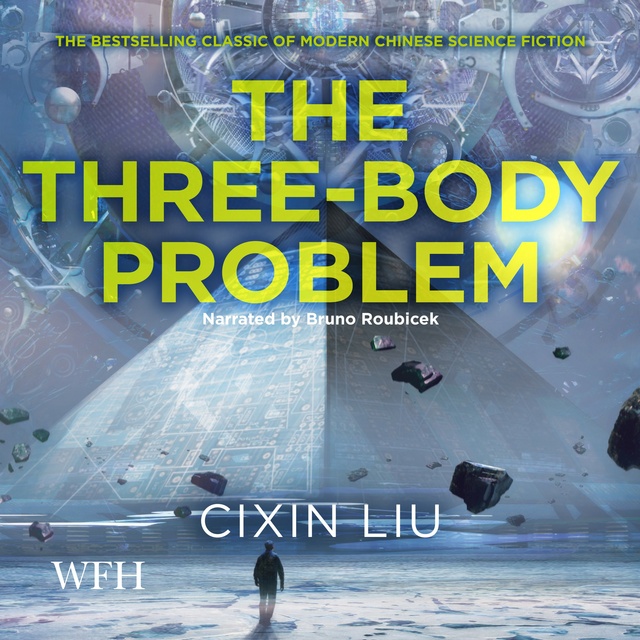 The Three-Body Problem by Liu Cixin. This novel, published in 2008 as the first installment in the Remembrance of Earth’s Past trilogy, is a troubling and often mind-blowing exploration into humanity’s first contact with extraterrestrial life. With historical, scientific, and political dimensions, Liu creates a fictional scenario that makes the reader consider human behavior on an individual, state, and international level. The series is also currently being adapted into a Netflix series by David Benioff and D.B. Weiss of Game of Thrones and with Alexander Woo.

If you are interested in space-related themes, I also recommend the podcast Keeping Records, inspired by the two Golden Records that NASA sent to space on Voyager in 1977, which were meant to show future recipients a picture of humanity and life on earth. Each week, guests share films, music, memes and more that they would send to space on their own record given the chance. While most guests are comedians, this episode with science artist and space journalist Jon Lomberg, who worked on the original Golden Records project with Carl Sagan, will make you pause and think about what it means to be human.

The Brussels Effect: How the European Union Rules the World by Anu Bradford. In an effort to address the ongoing narratives of demise that cloud the European Union, Bradford elaborates a nuanced theory of the EU’s clout based on data patterns rather than rhetoric devices. Inspired by David Vogel’s California Effect, Bradford expounds how the EU’s market size, regulatory power, stringent standards, inelastic targets and non-divisibility sustain “the Brussels Effect”. This book is a must-read for anyone interested in EU studies or international regulatory regimes since it lets you come to terms with de facto and de jure power dynamics beyond the realist focus on hard power.

Mornings in Jenin by Susana Bulhawa. This is the most moving, heartbreaking book I have ever read. It is a multi-generational story about a Palestinian family, and their experiences from the Nakba onwards. The story itself is fiction, though set against the background of actual historical events in Palestine and Israel. It is beautifully written, and provides a unique perspective of ‘one of the defining political moments of our lifetimes’. Be ready to tear up multiple times.

We recommend you to order/buy these books at your local bookshop but they are of course also available on all the usual platforms.

Collective (2019). This Romanian documentary by director Alexander Nanau is really a must-see. Following a fire in the nightclub in Bucharest – Colectiv – a group of investigative journalists uncover an even greater tragedy: public healthcare fraud, corruption and maladministration. A very moving, shocking documentary and an important reminder of why investigative journalism is so important. You might have to pay some money to see the movie but it is definitely worth it.

The Monopoly of Violence/Un pays que se tient sage (2020). We live in compulsive times in which anger and resentment grow due to social inequalities. In the face of this situation, many citizens-led protests but also violence have become a daily occurrence. In this documentary, journalist and filmmaker David Dufresne examines the social order and the legitimacy of the state’s use of force through the police apparatus. To do so, the director gathers a panel of French citizens with violent frames of the yellow vests (gilet jaune) demonstrations.

A definite holiday recommendation is the show Lovesick (previously known as Scrotal Recall) which can be found on Netflix. The British comedy follows the endeavors of young Dylan who finds out he has chlamydia, and subsequently has to contact a string of ex-lovers to notify them of the fact. A sure combination of hilarity, absurdity and an occasional hint of heartbreak to accompany you during your Christmas break.

Ticket to Ride Europe. If you had the power to design the perfect European railway network, what would it look like? Should DG MOVE start responding to your emails, would you be able to connect Brussels and Krakow with a shiny new high speed line?

Are you enraged by the slow reality of EU bureaucracy? If you are, then Ticket to Ride has got you covered! Simply place your plastic trains on a map of Europe this Christmas: no incompatible signalling systems or train driver language certificates can stop you now.

This time, the only challenge to your grand development plans comes from the other players. So simply bribe them with a slice of Christmas pudding, and EPS students will never have to take a plane again!

One of my favourite magazines now has some cool merch – I really like it because it is about being European but with a bit of a question mark. So no need to directly jump into the blue sweater with the yellow stars (although if you are into that go for it) – you can also do it a bit more subtle. 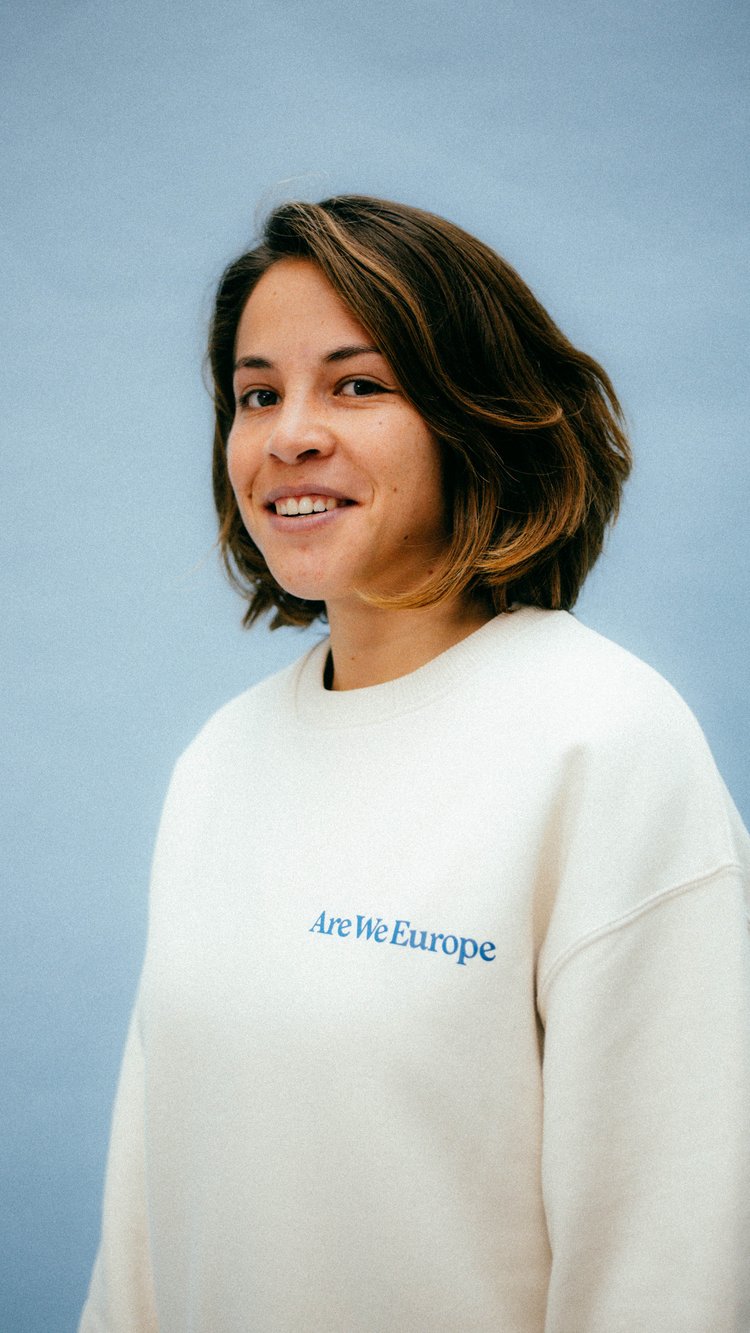 During one of my many evenings spent scrolling through Instagram in bed, I came across a young blogger and videographer from Norway. She is originally from Germany, but decided to live a breakaway life in the northern mountain area of Norway, completely surrounded by nature, with her Austrian boyfriend – whom she met on a farm there –  and their dog. She earns her money mainly through social media, where she uploads breathtaking nature videos about Norway on Youtube. Her boyfriend, on the other hand, is an artist who captures Norway’s beauty in everything he finds in nature and also has his own online shop. I am fascinated by how beautifully he manages to capture nature on canvases, lanterns, candle glasses and in paintings. Each work is unique and is painted with great effort. The process is sometimes shown in their YouTube videos.

Here are three examples from the shop to give you an idea:

If any of you are now as excited as I am, here is the link to the online shop and also to their Youtube channel.

I think the two would be very happy about the support and above all you would have a unique piece of Norway. For me, the ideal Christmas present!

We use cookies on our website to give you the most relevant experience by remembering your preferences and repeat visits. By clicking “Accept”, you consent to the use of all the cookies.
Cookie settingsACCEPT
Manage consent

This website uses cookies to improve your experience while you navigate through the website. Out of these, the cookies that are categorized as necessary are stored on your browser as they are essential for the working of basic functionalities of the website. We also use third-party cookies that help us analyze and understand how you use this website. These cookies will be stored in your browser only with your consent. You also have the option to opt-out of these cookies. But opting out of some of these cookies may affect your browsing experience.
Necessary Always Enabled
Necessary cookies are absolutely essential for the website to function properly. These cookies ensure basic functionalities and security features of the website, anonymously.
Functional
Functional cookies help to perform certain functionalities like sharing the content of the website on social media platforms, collect feedbacks, and other third-party features.
Performance
Performance cookies are used to understand and analyze the key performance indexes of the website which helps in delivering a better user experience for the visitors.
Analytics
Analytical cookies are used to understand how visitors interact with the website. These cookies help provide information on metrics the number of visitors, bounce rate, traffic source, etc.
Advertisement
Advertisement cookies are used to provide visitors with relevant ads and marketing campaigns. These cookies track visitors across websites and collect information to provide customized ads.
Others
Other uncategorized cookies are those that are being analyzed and have not been classified into a category as yet.
SAVE & ACCEPT